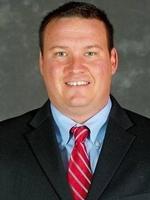 Mike Cole is in his second year as the Head Coach of the Manhattan Baseball team.

Before his second stint at Manhattan, Cole served as the Associate Head Coach at Fairfield, where he has helped the Stags to three 30-win campaigns, back-to-back MAAC Regular Season Championships and a berth in the 2016 NCAA Regionals. Additionally, he helped the 2014 and 2016 squads set school records for victories (32).

Prior to his time in Connecticut, Cole spent two years as the NJIT Head Coach where he mentored current Philadelphia Phillies pitcher Mark Leiter Jr. while leading the Highlanders to a program-best 25 Division I victories in 2012.

No stranger to Riverdale, Cole was a member of the Manhattan coaching staff from 2005-2008 while helping lead the Jaspers to a 127-83-1 (.604) record, including 72-27 (.727) during MAAC play. Manhattan won at least 30 games in all four of his years on staff, highlighted by the 2006 squad that won the program's first MAAC Championship before defeating nationally ranked Nebraska and San Francisco in placing second at the Lincoln Regional.

Additionally, seven of his former Jasper student-athletes were either drafted or signed to professional contracts by Major League organizations while Cole also served as the recruiting coordinator during that time. His 2008 recruiting class was ranked No. 2 in the Northeast by Baseball America and would be the cornerstone of the Jaspers' 2011 and 2012 MAAC Championship teams.

A 16-year coaching veteran, Cole has also worked as an assistant at Vermont and Maine and has been a part of eight teams that won at least 30 games, including two that advanced to the NCAA Regional play. Additionally, he has overseen the development of 25 players that have signed contracts with Major League Teams.

He began his coaching career at Vermont under Bill Currier, whom he most recently worked under at Fairfield. In Cole's second year on the staff, 2003, the Catamounts set school records for wins in a season (32) and during conference play (17), while capturing the America East regular season title.

A native of Poughkeepsie, NY, Cole was a four-year standout at the University of Vermont. A 2011 UVM Athletic Hall of Fame inductee, Cole earned All-America East honors at third base as a senior in 2001 and left as the Catamounts' career leader in games played, doubles, and RBI while ranking second in career hits.

Cole graduated from Vermont in 2002 with his Bachelor of Science in Community Development and Applied Economics, with a minor in Small Business.

He and his wife Eliza are the proud parents of Payton and Hunter. 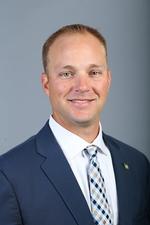 Chris Cody is in his second year as an Assistant Coach of the Manhattan Baseball team.

No stranger to the program, Cody was inducted into the College' Athletic Hall of Fame as a member of the Jaspers' 2006 MAAC Championship team a year ago and as an individual this past summer.

Cody rejoins Manhattan after spending 11 years in the professional ranks where he rose to Triple-A with the Milwaukee Brewers in 2009. An eighth round selection in 2006 by the Detroit Tigers, Cody also pitched in the Braves' organization before finishing his career with the Salina Stockade of the American Association this past summer.

One of the finest pitchers in school history, Cody was the MAAC Pitcher of the Year in 2006, when he went 12-2 with a 1.42 ERA and 105 strikeouts, as Manhattan won the first MAAC championship in program history.  He earned the win in the Jaspers' upset victory over sixth-ranked Nebraska in the opening game of the 2006 NCAA Tournament and was selected to the NCAA Lincoln Regional All-Tournament Team.  Cody, who was named to the MAAC's 35th Anniversary All-Time Team in 2016, still holds program career records for wins (29), complete games (19) and strikeouts (295).

Cody got his coaching start in the summer of 2016 when he served as a pitching coach for the Keene of the New England Collegiate Baseball League (NECBL).

During his time with the Swamp Bats, Cody helped oversee the development of a trio of pitchers that heard their names called in last June's Major League Baseball (MLB) Draft, highlighted by Tommy Doyle's selection in the second round by the Colorado Rockies.

Cody graduated from Manhattan in 2007 with a degree in education. 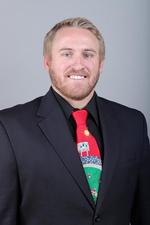 David Vandercook is in his second year as a volunteer assistant coach for the Manhattan Baseball program.

Vandercook, a former All-Ivy League third baseball at Columbia, arrives in Riverdale after serving as an assistant coach at Dartmouth College in 2019.

Prior to working in New Hampshire, Vandercook served on Mike Leonard’s coaching staff at Middlebury College, where he coached the outfielders, infielders and hitters. The Panthers posted the second-most victories in school history during the 2017 season - Vandercook’s first with the team - finishing with a 22-16 record in placing second in the New England Small College Athletic Conference (NESCAC). Middlebury also boasted the league’s Defensive Player of the Year in shortstop Brooks Carroll.

A 2015 graduate of Columbia University with a bachelor’s degree in history, Vandercook was a three-year starter and helped the Lions win the conference crown each of those three seasons. He was a member of the All-Ivy League First Team in each of his two seasons.